This is a loaded question. There are millions of people who are avid supporters of President Donald J. Trump, 45th President of the United States and his policies. And there are millions of others are who are not. However, policies and politics aside – if you remove the emotional response to what he has or has not done for our country – would you want your son or daughter to adopt and model President Trump’s morals and behavior? It’s not a hard question to answer.

Trump’s supporters will say that he gets things done. Our economy is booming. Our country has more respect than ever before and no longer are we being bullied by any other country. He is not supported by any lobbyist or group that has money backing him. He has stopped the illegal flow of immigrants coming into America. He is not a politician. He is an independent, businessperson. He is a leader. It’s what America has needed for a long time his supporters would say. When Trump took over the country, it was a mess. He has fixed many things and gotten a lot done. His supporters say he is the best of the best. End of story.

The way Trump is teaching our children to act towards and treat others is appalling. He is abrasive, hostile, and doesn’t “play” well with others. Trump models a self-centered, ego-driven behavior that is reinforced by technology, the media, and a government-driven by special interests. I worry about the long-term effects Trump’s character will have on (or what it teaches) our children. Can you really argue for the teaching of bad behavior, bad morals, and disrespect for others? How can this be acceptable? Our youth is exposed to the wrong message. The fact that the leader of our country can behave like this without being substantially called out shows that our culture is moving in the wrong direction.

Digital communication across all spectrums has made it easier for our youth to learn and model their behavior based on the words and actions of President Trump – or for that matter anyone, even the media. In many instances, the media is as much at fault as Trump is when it comes to communicating to the masses.

This is a special problem for our youth because they have had less time to understand that things such as high moral standards, respect for one’s self and others, strength in character, and doing the right thing is what leads to success. They have had less time to practice important communication skills that encourage cooperation, empathy, discipline, and healthy relationships. Instead, what they hear from Trump through Tweets and television time is negativity. They hear him call people disgraces, scum bags, idiots, and worse. Trump, like many other politicians, seem to get away with lying and feel no remorse in the slightest. Have you ever heard Trump, or any other politician, admit when they are wrong?

There seems to be a growing cancer of apathy these days, which has led many people to forget how to care for or about others. Many now admit that we have become desensitized from all the violence we see on television, in video games and movies, and around the world in general. Years ago, we would react in disbelief to violent actions and destructive behavior, such as shootings and bombings. Now, it seems that we just acknowledge “Oh, it happened again” without much emotion attached. We are almost to the point of accepting these things as the norm – just like we seem to accept Trump’s behavior.

What our youth learns today – and from so many different factions than ever before – will set the stage for who they will become tomorrow. They will learn from the actions and words of their parents, peers, teachers, mentors, schools, society as a whole, the media, and the President. As they age, their innocence is transformed and their adult behavior will come to be based on their childhood experiences.

Our youth today need to learn morals, values, respect, accountability, and doing and saying the right thing. The influence people in our society have on the youth is important and it starts at the top.

Positive, nurturing behavior from President Trump could influence our youth to make good, positive choices. Our youth will feel better about themselves when they consider the value of human life and think about what can be done to improve the lives of others. We need to teach our youth to be aware of the long-term consequences of their actions. If we build a society of young people who can internalize these values, the culture of our society will dramatically improve.

The answer to my question is easy. I don’t want my son or daughters modeling Trump’s character. I would cringe if they did, especially in public, and it would be embarrassing to me as an individual. I am blessed my children do not behave this way. Adopting bad behavior, poor morals, poor ethics, and disrespecting others promotes a bad and selfish culture. A bad culture leads to an even worse society and that is what we have to prevent. Trump can get the same things done without such antics and misguided behavior. He can do it through cooperation and collaboration and then make the tough choices when necessary. Let us set a positive example for our children and the youth today and set the example that our country’s leaders, like Trump, are failing to provide. Let us Give a Damn about our youth today so that they will Give a Damn tomorrow. You can learn more and support the Give a Damn movement by going to www.giveadamnbook.com. It is so badly needed.

Many small businesses rarely think about having an Employee Handbook. They either shy away from them believing that they have more important things to do… 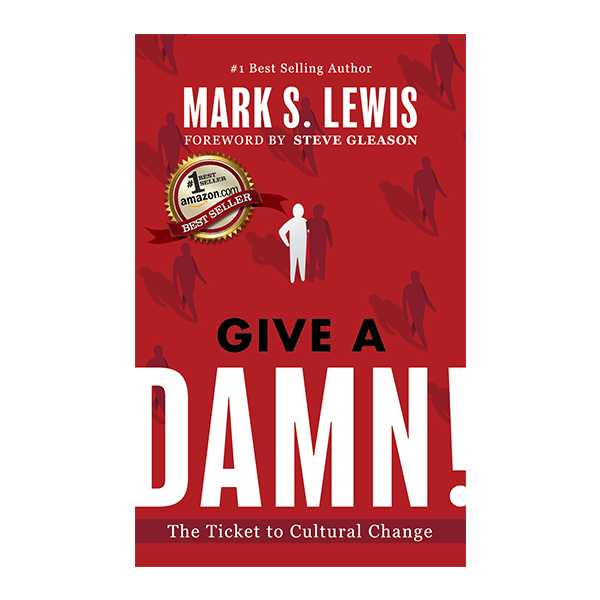 This sounds a bit odd but it really isn’t; it’s not traditional. I don’t think entrepreneurs should be entirely traditional because one element to being…

Healthy revenue and a positive business outlook have an inseparable relationship. They feed one another. While some may argue, at first, against the idea, the…

We have been through so much over the past several weeks with the coronavirus pandemic. In addition to the growing number of deaths and severe…