People who don’t give a damn are everywhere. I’m discouraged by the acts of selfishness, irresponsibility, complacency, and even violence that we all observe in our daily news headlines. Our standards of acceptability permit, and also promote behavior that is way too self-centered.

Common sense and basic reasoning are two traits that appear to be lacking in many people these days. In their place, you’ll find a toxic or greedy mindset. Too many people think only about the job they have to do or how things might affect them personally. Society’s core has shifted to a self-centered attitude, thereby resulting in individuals ignoring other people. Moreover, this hurts everyone. And so it was with Mayor Nagin.

In my opinion, there are three reasons most people don’t actively give a damn:

2.   Those who don’t know how self-serving their actions are; or, more importantly,

3.   They know they have a problem, but don’t know how to change or fix it.

Those people that fall into the first group do not believe in the importance of serving others because they are too focused on serving themselves. Nothing else matters to them. They go about their business or lives and only worry about their problems. They don’t care about others. They fail to realize how important giving a damn benefits their own lives and society as a whole.

People in the second group are merely unaware of their attitudes, their actions (or lack thereof), and the effects of their behavior on others. They might mean well, but they don’t realize how self-serving their actions are, and I am not sure it’s entirely their fault. They just don’t understand.

People in the third group mean well, but fail to change their actual behavior, unless doing so will benefit them in some way. Although they set out to make a change, they are continually bumping up against both the internal and external powerful forces of self-interest, which all have a profound effect on their own deeply ingrained habits.

I don’t know which category Nagin belongs. It could be all three. Maybe he did, at one point, believe in his promised work of reform. Perhaps he thought he would be able to stand above corruption. In the 2002 mayoral race, Nagin emerged as a reformer. He was a business leader with no political experience who pledged to clean up corruption. A taxi bureau crackdown in the early months of his administration gave us confidence that he would walk the walk. By the time he was under investigation, he might have felt there was no way out and could only continue down the path of deception he’d already paved.

In August 2005, Hurricane Katrina brought wind, storm surge, and flooding. Among the destruction and death, a seed was planted for Nagin’s political demise.

Four years later, our city was still reeling. Amid our grief, a local news reporter had to resort to a public records lawsuit against the reform-minded mayor. In failing to meet the public records request for email and calendar items from Nagin and his communications director, his administration was found to be in “flagrant violation” of the law. The judge assigned the highest penalties allowed. At the time, Nagin stated that he needed to delete information because his computer required additional space. However, there was no mention of him ever backing up the computer. As a result, the judge ordered the city to hire a firm to recover the data.

In the spring of 2009, the call came in. The mayor of New Orleans needed an independent information technology firm. This was the opportunity I’d been hoping for in my years of advocacy for local tech businesses. Several firms, including the non-profit Louisiana Technology Council (LTC), which I led, were asked to submit a bid on the project. The goal was to recover the missing calendar items and emails from the prior year.

Under normal circumstances, I would never bid on these opportunities directly. As they came in, I would relay them to at least three LTC member companies, and they would submit their proposals. However, my thinking on this was different. From the day I first took over the LTC, a primary goal was to engage the city of New Orleans to do business with locals, rather than continuing to outsource most tech contracts to non-Louisiana companies. I had assumed the association presidency around the time Nagin was elected mayor, and our multiple overtures to the administration had gotten us nowhere. Despite LTC’s advocacy, our local tech companies continued to face rejection at city hall.

At long last, I saw this data recovery project as the tech community’s big chance. I wanted to prove that our member companies were just as good as anyone in the country. So, I immediately began to build a project team. I contacted two LTC member firms with expertise in data recovery.

I received a quote from the member firms for $15,000 but asked if they could do it for half the price. I also told them that, based on the city’s history of slow payment for work performed, either the payment would be delinquent or never arrive. My member companies understood this, and we provided a quote to the city for $8,500 to do the work.

The underbidding paid off. The LTC won the bid and was issued a purchase order to get started. Our big chance now was underway, and I was ecstatic.

On Friday, May 8, 2009, the LTC and the Nagin administration had our first face-to-face meeting to kick off the contract. We told the city the precise processes we would implement in our attempt to recover the data from the server, going back to 2005.

That day, seven of us sat at the table—three from the city and four members representing the LTC. We discussed the general structure of the city’s network and mail servers, and we agreed that work could begin immediately. The City of New Orleans had two mail servers. By the end of the meeting, copies of the Microsoft Exchange databases from both servers were ported to the city’s main server. That’s where our team would start the initial work to recover the data.

After the LTC’s kick-off meeting with the City of New Orleans, we began the work as discussed. We started reviewing several copies of data from a variety of Microsoft Exchange databases culled from several sources, including backup tapes and offline storage devices.

Shortly after my LTC project partners began their work at the city office, I received a call from one of them. I was told that about an hour after we wrapped up a pre-kickoff conference call with the City of New Orleans, someone used software to deliberately delete two of the 61 mailboxes belonging to the administration. The two deleted mailboxes belonged to Mayor Nagin and the City’s Chief Information Officer. The other 59 mailboxes were left intact. Now what?

I asked my project partners if they could recover the data that was deleted. The answer was “yes”, but they could not be certain what the data might look like. Since this had gotten much deeper, I then looked for an expert company in digital forensics. I found one locally to do the work. We continued to do everything we could to recover the data but planned to withhold our findings from the city until after getting all the data onto a hard drive. We needed to recover the data from two servers. One was an older server that was replaced in 2008. This server was the one that was missing the two mailboxes, including the mayor’s, and we focused on this server first. The second server would come later, but wouldn’t be nearly as important.

To our surprise, the city allowed us to recover the data remotely, and we had access to this server on a 24-hour basis. Finally, we got all the data—although the state of the data was a complete mess. Imagine going up 10,000 feet in an airplane with one million sheets of paper, throwing them all out the window, and then trying to put those sheets back together in numerical order. That is what the data looked like. However, our forensics company was able to write a program to put the data together. When they began to run the program, the LTC was suddenly fired from our city contract. Our work grounded to a halt.

The bottom line was that we were able to recover Nagin’s calendar and email items going back several years, with the majority of the roughly 1,600 appointments being from 2007 through the first half of 2009. We also recovered notes, contacts, and other elements of the deleted mailbox. However, the rnagin@mnomail.com messages from before February 2009 remained elusive.

We had no choice. If we were to go back to the city and tell them that a violation of the law had been committed before we recovered the data, what do you think would happen? We could not take the chance that additional improprieties would occur? We did, however, notify the FBI of our findings, and then formulated a plan that would allow us to go public with our general findings without violating the non-disclosure agreement that protected the data itself. My thinking was this: If you knowingly withhold information that is against the law, you are committing a violation yourself, and I did not want the LTC or our member companies to be complicit.

The story does not end here though. We suffered much going forward after we went public with our results. We did the right thing and it was painful.

WHY GIVING A DAMN MATTERS

Give a Damn people aren’t perfect. Sometimes we forget or slip up. Sometimes we act in selfish ways. Occasionally we renege on commitments, break the rules, and act with disrespect or even cruelty. Yet Give A Damn people know what is right from wrong and choose the harder right than the easier wrong. However, when we make a mistake, we don’t blame others or outside circumstances. Moreover, more times than not, Give a Damn people will be rewarded because they apologize, admit their mistake, take responsibility for it, and then fix it. Sometimes the consequences can be challenging to accept, but the Give a Damn person does it anyway.

The reward doesn’t always come in the form of another’s forgiveness. We may still have to pay a fine or suffer some other penalty for our mistake. The reward for taking responsibility may only be a spiritual or emotional one. These rewards do occur, however. That’s because I firmly believe that altruism—selfless concern for the well-being of others—is in our fundamental nature as humans. Mayor Nagin may have forgotten this. Or he may have never known.

You have read all of the articles on “steps you need to take” to have a chance at being a successful entrepreneur. You wrote a… 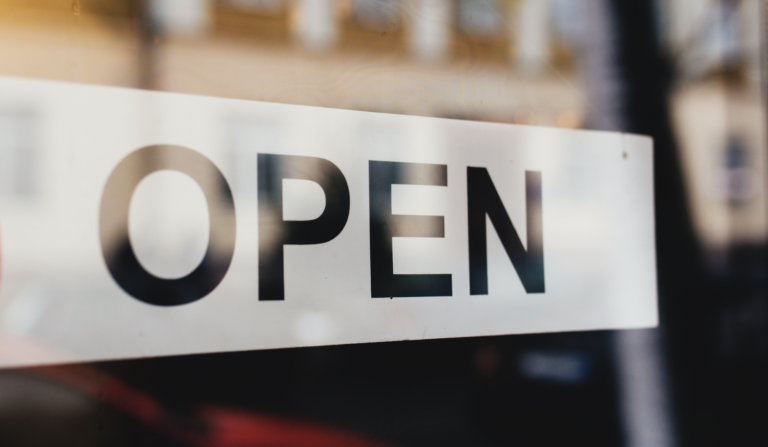 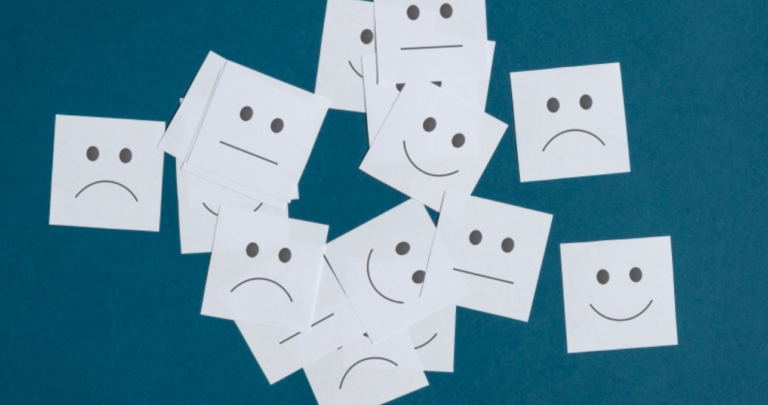 When the clock struck midnight on January 1st of 2021, everyone was hoping that we would leave 2020 behind. Turns out, we dragged 2020 right over…

I ask this question because there are a lot of people who do. That is, they care and want the best for America, for others, and…

Healthy revenue and a positive business outlook have an inseparable relationship. They feed one another. While some may argue, at first, against the idea, the… 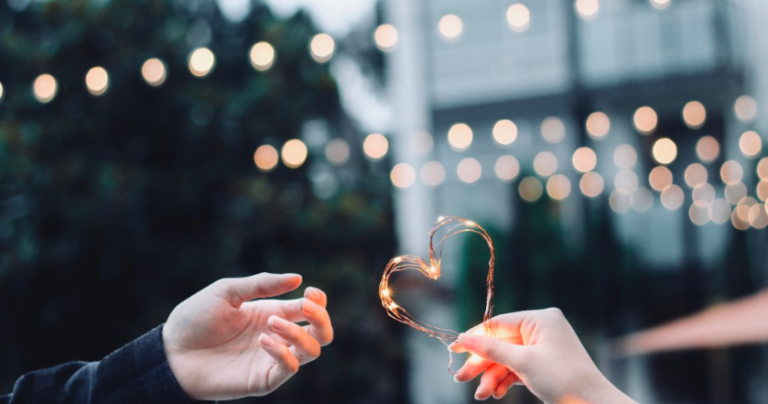 Many small businesses rarely think about having an Employee Handbook. They either shy away from them believing that they have more important things to do…